DUI: What Most People Don’t Know (But Should)

DUI: What Most People Don’t Know (But Should) 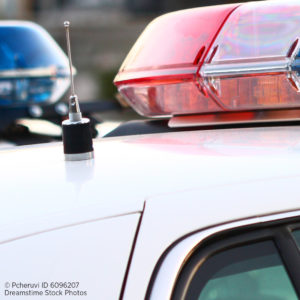 An arrest for DUI is often frustrating. The frustration doesn’t always stem from a feeling of “getting caught” or culpability, but rather, many clients are frustrated because they don’t believe the arrest was fair. A classic example: imagine going out to dinner with your spouse and friends. You have one or two 6 oz. glasses of wine over the course of a 1.5-hour dinner and stop drinking before dessert arrives. By the time you get in your car, you feel fine. It was a late dinner, so you’re tired but other than that, you do not feel the effects of alcohol.

On the drive home, you’re pulled over by the police because your tail light is out. An officer comes over to the driver’s side and asks you for your license, registration and proof of insurance. Due to the time of night, the officer asks you where you’re coming from. You respond, “dinner”. The officer then asks you if you had anything to drink at dinner. You respond, honestly, that you had a couple of glasses of wine but that was hours ago. Seemingly satisfied, the officer returns to his vehicle.

The officer again approaches the driver’s side and asks you to step out of the vehicle. He tells you he wants you to perform a series of tests to confirm you can safely drive home. That seems normal to you, almost thoughtful. You complete these tests. Again, seemingly satisfied, the officer goes back to his vehicle and returns with a device – a portable breath test. He asks you to blow into it. Before you know it, you are being handcuffed and placed in the back of the police vehicle.

What most clients don’t realize is that, unless they haven’t consumed any alcohol, honesty about what and how much a driver might have consumed earlier in the night doesn’t make it any less likely the officer will investigate a DUI. Law enforcement uses the initial information offered by the driver to propel an investigation and conduct Standardized Field Sobriety Tests (“SFSTs”).

The three SFSTs for driving under suspicion of alcohol are the Horizontal Gaze Nystagmus (“HGN”), the Walk & Turn, and the One-Legged Stand. If an officer detects signs of impairment, he can use a portable breath test to “confirm” his suspicions. SFSTs are particularly frustrating because, regardless of performance, an officer can usually use his “training and experience” to claim signs (or “cues”) of impairment. Each test is broken into an instruction phase and a test phase. Unbeknownst to most, the officer is trained to observe the driver and look for cues during both phases.

First, the HGN requires an officer to hold a pen or light (the “stimulus”) several inches from the driver’s face and move it to the right and left, pausing at each angle before moving again. The purpose of the HGN is to determine whether the eyes jerk at certain points when following the stimulus. If the driver moves his head during this test rather than just following the stimulus with his eyes, that can be considered a cue of impairment. There is no scientific support for the HGN and challenging the proper administration of this test is difficult. Courts often ignore it altogether.

The Walk & Turn is typically administered next. During the instruction phase of the Walk & Turn, the driver is asked to keep his hands by his side and place and stand with one foot in front of the other. The driver is instructed to take a series of 9 heel-to-toe steps, stop after those 9 steps, engage in a series of small steps to pivot back around, and take another series of 9 heel-to-toe steps. Should the driver pause, lift his arms, step out of place during the instruction phase, step out of place during the walk, walk the incorrect number of steps, or take a dissatisfactory series of steps in a pivot, those acts all constitute cues of impairment.

Finally, the One-Legged Stand requires the driver to stand in place with his arms by his side during the instruction phase. Once told to begin, the driver is to lift one leg six inches off the ground and count out loud “one one-thousand, two one-thousand, three one-thousand” and so on, until the officer instructs him to stop. Signs of impairment during this test include the driver swaying (however slight), not lifting his leg high enough, not counting out loud correctly, and dropping his foot during the test.

It is obvious why SFSTs can yield signs of impairment generally, regardless of any alcohol consumption. These tests require multitasking and balance. To make matters worse, in some cases, the officer mumbles or hastily explains the instructions for the tests; the weather or roadway conditions make performance difficult; the driver has a pre-existing injury or impairment; the driver is subjected to SFSTs after being in a car accident; or, the driver doesn’t realize the extent to which his movements and words are scrutinized against him.

To promote fairness, the public should know what to generally expect if stopped and investigated for DUI. It is important to understand the following realities of any DUI investigation:

(1) There are no points for honesty. You are not obligated to admit to that “one” drink at dinner;

(2) If subjected to SFSTs, be sure to pay close attention to, and follow, both the instruction and test phase;

(3) If you have an injury that would prevent you from performing a test to the best of your ability, tell the officer;

(4) If you were injured in a car accident that prompted the DUI investigation, and if those injuries might impair your ability to successfully perform the test, disclose this to the officer immediately;

(5) Consistency and cooperation will get you points. With the above-mentioned guidelines in mind, be cooperative and kind to the investigating officer. Be clear and concise with your answers; and

(6) If you ever question whether you can safely drive your vehicle or whether you might be over the legal limit, always err on the side of caution. Get a ride home.