Posted by 2120 Creative Development
in Uncategorized

There is no dispute that every accusation must be given serious consideration and attention. The ongoing debate appears to be the appropriate professional and/or legal consequence to each allegation, which consequence can range from a slap on the wrist in the workplace to criminal charges. The appropriate result should only be fashioned when the allegation is fully understood and placed in context. Most important to that analysis is the terminology used by attorneys, reporters, journalists, and, eventually, the common public.

Sexual harassment, sexual assault, and rape are frequently used interchangeably, and often incorrectly, in these conversations. An accurate examination and investigation into any accusation require analysis of the relevant legal definitions. Otherwise, the improper use of these terms can produce an unfair and inconsistent result.

In stark contrast, “Sexual assault”, a felony of the second degree, is defined in the Pennsylvania Crimes Code as:

Finally, “Rape”, a felony of the first degree, is defined in the Pennsylvania Crimes Code as:

The most glaring difference between sexual harassment, sexual assault, and rape is that sexual harassment is a civil offense and the others are criminal offenses. Civil offenses most often result in damages in the form of monetary relief (and, in the context of a workplace dispute, termination of or resignation from employment) whereas criminal felony offenses most often result in lengthy prison sentences and a criminal record. Another evident distinction is that sexual harassment must occur in the workplace, whereas sexual assault and rape need not have anything to do with employment. Finally, sexual harassment can appear in the form of verbal communication, whereas sexual assault and rape require physical penetration without consent and/or by force. Although distinct, these terms are not always mutually exclusive. It is possible for circumstances to involve all three and for criminal offenses to also result in civil claims.

Terminology should be used accurately and deliberately because certain words, loosely used, can invoke and produce inconsistent results. If sexual harassment, sexual assault, or rape are used interchangeably, they can also lose their meaning and diminish the credibility or gravity of the accusation, investigation, or outcome. Whether in the context of a public figure or private citizen, the proper use of these terms, in and following an allegation, is important to ensuring fairness to the accused, the victim, and the other individuals involved. 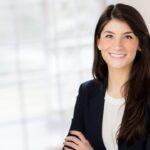 Caroline G. Donato is an attorney with the law firm of MacElree Harvey, Ltd. in West Chester, PA. Caroline focuses her practice on federal and state criminal defense and related civil and administrative matters at both the trial and appellate level. Whether as part of a team or as lead counsel, Caroline brings energetic dedication to providing effective, results-oriented representation for each client. Contact Caroline at (610) 840-0294 or [email protected]. To learn more about Caroline’s practice and recent cases, please visit peterkratsacriminaldefense.com.